Up to the highest height 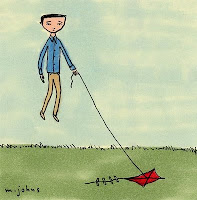 I'm not sure which Greek sage first announced, "Know thyself". It is attributed to at least six. While presently the thought shows up in the modern-day film,The Matrix, on a plaque above the Oracle's door, the saying encourages us to achieve our potential.

Today is Sunday. This weekend I observed myself through attention to others while my family came to visit. The gene pool lever knocked on the back of my mind while I noticed a key habit of my father's - the quick release jaw during laughing. I have always been mindful of how often my mouth flies open wide when attempting to kick a ball, shoot a basket or block a shot.

Although I have meant to adjust that habit so my tongue isn't quite so evident, I never think about it soon enough. Well sure enough, Dad's does, too. And not just when he's attempting a physical feat. It's also when he exclaims, laughs and wonders.

Just when I began shaking my head in wonderment, I noticed it again. My mouth had flown open. Suddenly I was aware that this behavior was not learned but natural. It can not be controlled.

Sure, Pythagorus, Socrates, Plato - all the ancient philosophers - have led us to reach our highest height of understanding self while witnessing those around us: actions, behaviors, morals, habits. Even applying this to our understanding of God, the universe, and our collective consciousness.

On this sacred day of days, what I have discovered about myself gives me little sense of divinity. My opportunity of flying a kite, of discovering enlightenment, has led me instead to sucking in flies.
at 2:27 PM No comments: Links to this post